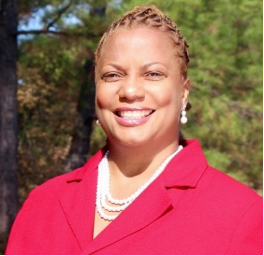 Tina Commodore is the director of News for WFTV TV in Orlando, Fla. A Columbus, Ohio, native, Tina received her bachelor’s of Arts degree in Communications at Central State University and her master’s degree in Telecommunications Management from Ohio University.

Tina began her career as an assignment editor at WRIC-TV in Richmond, Va. Since then, she has worked at several television stations including CNN, WLWT Cincinnati, and WBNS-TV Columbus. She spent ten years at WSB-TV in Atlanta, Ga., where she held various management positions including manager of Coverage and Content and managing editor. For the last three years she has worked as director of News at KOKI-TV and KRMG-AM in Tulsa, Okla.

Tina is an active member of Delta Sigma Theta Sorority Incorporated, Orange County Alumnae chapter. She’s also an associate mother of Jack and Jill of America, Incorporated and a member of Metropolitan Baptist Church. In her spare time she enjoys traveling with her husband Craig and daughter Amani.