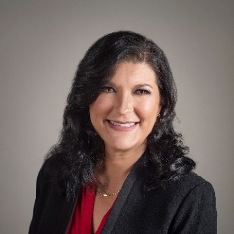 Susie Doucette-Pyle is the vice president and general sales manager of KRIV and KTXH Houston, Texas, where she has led the sales team for the past eight years. Prior to that, she was the local sales manager for the same stations for 10 years. She started her career in sales at Petry Television and then moved to FOX Television Stations and FOX Stations Sales, respectively. Susie grew up in Houston where she gained a bachelor of arts degree from the University of Houston in Radio and Television. Susie and her husband enjoy spending weekends in the Texas Hill Country with their three children.