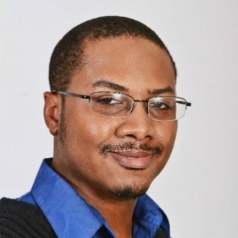 Robert J. Brooks is a media industry veteran with over 18 years of experience specializing in content and sales development with an emphasis on using digital media strategies and solutions. His experience has provided him the opportunity to serve on projects for reputable organizations such as NBC, Echostar, Bad Robot, The Kennedy Center, Rose City Free Pictures, Coca-Cola, News Corp, the U.S. Army, Beam Suntory, Dallas Mavericks, Live Nation and many more.

He attended The Ohio State University for undergraduate studies, Brooklyn College CUNY for graduate school and SUNY Buffalo for postgraduate studies. In addition, he is an active learner and has attained a multitude of recognitions and certifications including Lean Six Sigma Black Belt Certification.

Robert launched his career in New York City, working in film and video production as a freelancer and ultimately helping a startup company launch an IPTV-based TV network called Simply ME TV. His pursuits brought him to St. Louis, Mo., as online editor and digital sales support for Urban One, Inc.’s local broadcast stations, with his oversight quickly expanding to include their Dallas-Fort Worth, Texas, stations as well. Immediately after spearheading Ferguson media coverage for all of Urban One Inc.’s divisions on the ground, he accepted the position of digital sales manager for their Dallas-Fort Worth stations.

Currently, he serves as digital solutions specialist at the legendary station WHUR-FM in Washington, D.C.