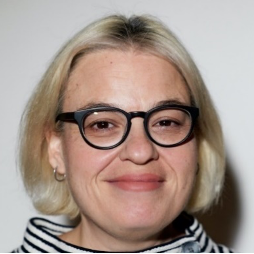 Born and raised on Long Island, N.Y., I have always loved media. According to my parents, I said "Big Bird" before I said "Mom" or "Dad." They're still miffed. I have also always had a passion for business which led me to getting my undergraduate degree from Wharton at the University of Pennsylvania. While I was there, I worked at WXPN-FM, the public radio station on campus where it was my job to take donations from people who called in and then pack up their mug and/or t-shirt and send it to them. Less than a month into being there, I knew I wanted to be in media when I got out of school.

Upon graduating, I was the editor of Inside Radio for a year. There, I would cold call CEOs of publicly traded radio companies and ask them what they were buying and selling and then write articles about what was going on in the industry. While there, I was always dreaming about someday being in the articles I was writing. Eventually I decided to return to my Wharton roots and get back into finance, so I spent five years working at a French bank - BNP Paribas - where I focused on Operations. But I missed media. I decided to leave there and get an MBA from MIT's Sloan School of Business and I spent the summer interning at the Corporation for Public Broadcasting. After MIT, I joined Emmis Communications and have not looked back since.

I have worn many hats at Emmis in my 13 years here. I started out at Corporate in the Strategy Group focusing on what to buy and sell and, more recently, I've been back at the local level in New York, where I am currently vice president, Customer Success, overseeing a team of seven people focused on executing campaigns for clients flawlessly. I live in Brooklyn, where I enjoy running, wine and New York Times crossword puzzles (not simultaneously).