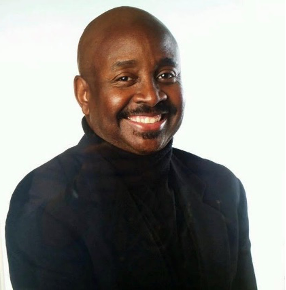 Leon Clark is no stranger to the marketing and programing needs of the broadcast consumer. With over 25 years of management and operational experience, Leon Clark has had a strong and varied career in television, digital and radio. He has worked for some of the most prestigious and powerful media companies in the business including ABC/Disney, EMMIS, COX, CBS, TuneIn and for the past six years, the E.W. Scripps Company as vice president and general manager for their ABC station first in Tucson and currently in San Diego.

Leon Clark has the proven ability in developing and leading performance-based teams in the media and advertising industry. He has a strong knowledge and execution base in management and ongoing performance management against stated goals.

Leon Clark is strategic, creative, focused, committed, passionate, persistent and tenacious. He is someone who brings the ability to analyze different markets, understand trends and anticipate what may happen. These traits have served him well in the various markets he has worked, including Los Angeles, New York, Atlanta, Boston and now San Diego.

Over his 25 years, Leon has developed and sustained long standing relationships with many key decision makers throughout the country, which enhances his ability to get things done. Having led diverse teams in all aspects of media, be it television, digital or radio, he brings an abundance of knowledge that is beneficial in growing a team and a company’s business.

Leon currently serves on the boards of the NATAS-PSW Board of Governors, San Diego YMCA and LEAD San Diego. He has previously sat on several other boards including the Urban League, the Boys and Girls Club, the board of Governors for Theatre LA and the Junior Board of the City of Hope.