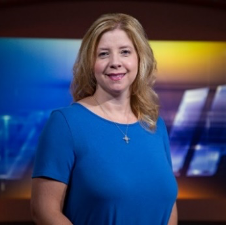 Charity Holman started her career in newspaper after graduating from Concord University with a B.A. in Communications with concentrations in Public Relations and Advertising and Broadcasting and Journalism.

She began her career in southern West Virginia by taking a position in outside sales at the Bluefield Daily Telegraph in October 1999 and found early success in her first year, garnering the honor of Salesperson of the Year. Charity took on the role of handling the national/regional sales and ultimately assumed the role of local sales manager. Charity enjoyed a successful seven year tenure with the with the local newspaper.

After being contacted by the general sales manager from WVVA, Charity entered the world of broadcast. Charity accepted a position at WVVA Television as the local sales manager for the newly formed CW Network in September 2006. Along with a team of sales professionals, Charity helped pave the way for the CW Network’s success in the two Virginias.

Charity is happily married to Rick Holman and is a very proud mom of Landon, 9 and Laney, 5. They reside in Bluefield, Va.