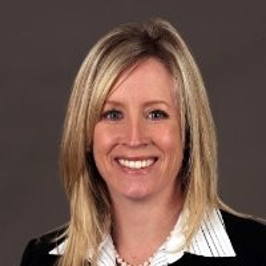 Cathy Cangiano lives and breathes Seattle. She is a native of the Puget Sound, a graduate of Redmond High School and University of Washington alum, graduating with a bachelor’s degree in Communications.

Cathy began her career in radio at everyone’s favorite oldies station, Seattle’s KBSG. She later moved to San Francisco, where she also worked in radio for 1050 The Ticket and managed partnerships with the Oakland Raiders, Oakland A’s and San Francisco Giants. In 1997, she moved to Tampa, Fla., and worked for a national ad agency, FKQ Marketing, serving as lead on several national retail accounts. Cathy returned home to Seattle in 2000 as director of Marketing for three of Entercom’s radio stations: News Talk 710 KIRO, 770 KNWX and 100.7 The Buzz. In 2007, Bonneville purchased three of Entercom's Seattle seven radio stations where she continued as director of Marketing for News Talk 97.3 KIRO FM, 710 ESPN Seattle, 770 KTTH and MyNorthwest.com. In 2010, Cathy transitioned to sales, where she served as general sales manager for 710 ESPN Seattle, managing relationships with the Seattle Mariners and Seahawks. In August 2019, Cathy was promoted to director of Sales for Bonneville Seattle and in July of 2020, Cathy was promoted to senior vice president and market manager.

Cathy has been married to her childhood friend Jim Cangiano for 18 years. The two met when they were only 14 (on the golf course!). In 2007, they welcomed their two beautiful babies into the world: twins Jimmy and Lauren.

When Cathy is not working or shuttling the twins from one activity to another, she and Jim play as much golf as possible.