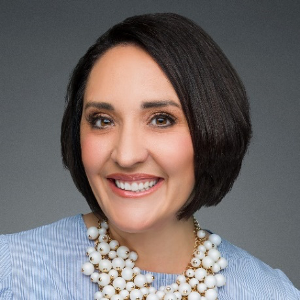 Blanca Esparza Pap is the station manager for Arizona’s Family. In this role, she manages the short and long-term news, digital and marketing strategy for 3TV, CBS 5 and azfamily.com. Working closely with the executive news director, director of Marketing and digital director, Esparza Pap is charged with looking for new innovative ways to promote the station’s products on-air, online, on social and in off-air advertising as well as creating and utilizing key partnerships to drive the brand.

Esparza Pap came to 3TV in 2005 as the community and public relations manager. In this position, she managed all community and public relations activities on behalf of the stations. Driving real, measurable results for community causes was the focus of what Esparza Pap was charged with every day. During her tenure, 3TV received the nationally coveted Service to America Award from the National Association of Broadcasters Leadership Foundation and was named an Outstanding Media Organization by the Arizona chapter of the Association of Fundraising Professionals as well as received an Emmy for her work on Project 121 a community campaign in collaboration with the Arizona Humane Society.

A graduate of Arizona State University’s Walter Cronkite School of Journalism and Mass Communication with a degree in Journalism, Esparza Pap has primarily worked in the field of community, marketing, public and media relations focusing in the areas of media, high-tech, healthcare, local government, politics and education. Her career has taken her from Arizona to Washington, D.C., working for organizations such as the Intel Corporation, Phoenix Baptist Hospital, City of Phoenix, Bush-Cheney ’04 and the White House Initiative on Educational Excellence for Hispanic Americans. Esparza Pap also worked with the White House as advance staff on various presidential events.

An Arizona native, Esparza Pap has a unique historical perspective watching 3TV and CBS 5 growing up to now setting the agenda for the station’s strategic growth. When not working, she enjoys spending time with her husband Jesse and their 12-year-old daughter Izzy exploring the beauty of the Grand Canyon state.