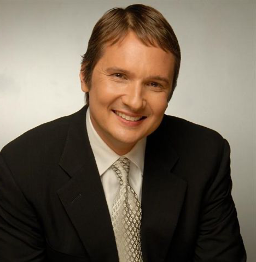 I started in news at WLTV but was later transferred to On-Air Promotions and eventually to station manager, reporting to the general manager. After 10 years at Univision and four Regional Emmy Awards, I would have to say that my time there was transformative and it taught me that anything is possible in this business if you have the will, the courage and the vision to fight for it.

I was then hired by a nascent television network called Telemundo. At the time, Telemundo only had a few owned-and-operated stations, and I was hired to run their Miami station, WSCV. One day, out of the blue, I got a call from a local newspaper, the Sun Sentinel, serving neighboring Broward County and part of the legendary Tribune Company. The publisher of the daily, a battle-scarred newspaper man who had started his career selling classified ads in Chicago, wanted to expand his paper’s reach by pushing south into the almighty Miami Herald territory with a Spanish-language weekly. For that titanic task he wanted me, a broadcaster with zero print experience, and I could not turn down the challenge. Exito (meaning success, in Spanish) Magazine was born, and it thrived.

MGM Latin America gave me the opportunity to return to my creative roots when they hired me as their vice president of Programming and Marketing. Our distribution grew exponentially and our ratings were solid pan-regionally. A few years later, E! Entertainment Television hired me as their executive vice president and general manager of the Latin America region. I’m proud to say that ad sales went through the roof and many of our strategic initiatives, such as original productions and digital, were widely successful.

My last position as a full-time international executive was with Warner Bros. as general manager of their TV network in Latin America. This was not entirely smooth sailing but the year I left the network we had record ad sales numbers and were positioned as one of the top five networks in the region. Our network was taken over by Turner International, another affiliate of Time Warner Co., but I was asked to stay on to manage the transition. We handed over the station in top shape, with a committed staff in place all the way to the end and meeting all our critical benchmarks.

Today, I’m a media consultant working primarily with clients in the U.S. Hispanic and Latin America markets. I’m also one of the principals of a new company called Q Media, whose mission it is to acquire a number of TV stations in the U.S.