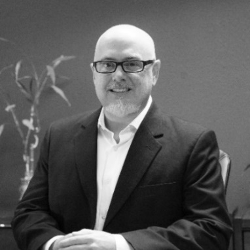 Thomas Ciprari is the station manager for KTMF TV ABC FOX Montana in Missoula, Mont. He is a longtime local broadcaster in Western Montana who began his career in broadcast while attending the University of Montana’s Radio and Television Broadcast program and earning his bachelor’s degree in Radio/Television Broadcast and Communications.

Born in New York City and raised in the Midwest, Tom found his way to Western Montana through his interest in broadcast and the outdoors.

Before becoming the station manager at KTMF, Tom was part of a small team bringing a FOX station to Western Montana viewers for the first time, launching the station and eventually merging the station with an ABC group and creating ABC FOX Montana in 2003.

In addition to his work in local broadcasting, Tom is a family man and the father of a five-year-old daughter, whom he cherishes and he enjoys seeing the world again through the curious eyes of a child. Montana offers a plethora of outdoor activities to engage in and take a respite from the world of technology all around us. On these occasions Tom can be found enjoying one of Montana’s national parks, lakes, rivers, trails or ski areas.